The drink ordered was an almond milk latte with vanilla syrup. The three of us can’t have dairy, which is why we used almond milk. We chose to drink a vanilla latte because, in the grand scheme of corporate coffee, a very popular drink is the vanilla latte. Rating something people are familiar with makes the experience more relatable. All drinks were around the same price point (about $4), so we didn’t take that into account for the ranking. 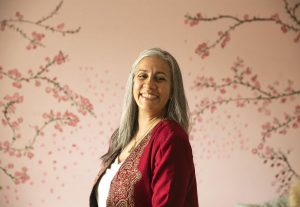 Most of the characteristics rated are self explanatory. Atmosphere is very subjective, however; it relates to service, seating, the interior appearance, and a plethora of other minor factors that influence the experience.

Characteristics were rated on a scale of five, with 1/5 being the worst and 5/5 being the best. In the first table, ratings represent the average of the three of our individual ratings. The overall rating is a culmination of the ratings for that cafe. In individual charts, ratings are only for the listed reviewer.

All of the coffee shops are wonderful and worth going to. We all ranked them the same: Katora was our favorite, followed closely by Agora. Hyperion was last. Keep reading to find out why!

Hyperion was surprisingly disappointing for being a Fredericksburg staple. The coffee was fine, the environment was fine, and the overall experience was fine, but nothing stood out to me. Their location is wonderful, with great views of downtown and easy access to parking. The coffee itself was mediocre- it was pleasant to drink, but had no qualities that made it stand out. My main complaint is the espresso- it tasted rather burnt, which isn’t inherently bad except for when it overpowers the taste of the espresso. The syrup did a decent job of hiding this shortcoming, but it was still there, creeping up behind the vanilla and almond milk.

Agora is a personal favorite- I’ve been going there regularly since I was twelve and often do homework there. The environment was wonderful- warm and inviting with friendly baristas and pleasant music that deviated from the usual light jazz and leaned toward one of my favorite genres- classic rock. Something small that doesn’t impact me but I still appreciate is their accessibility to those with disabilities; there’s a ramp leading straight to a sitting room and buttons scattered about the shop to allow the barista’s to serve people personally. The coffee itself was wonderful – full and creamy with plenty of foam. The espresso overpowered the flavors of the almond milk and vanilla, something that I didn’t mind since I love espresso. However, the absence of the other flavors was a bit of a bummer. This coffee was certainly better than Hyperion’s and lived up to my own personal expectations, however, lacked some of the things we were looking for.

I’m most familiar with Katora for their live music on Saturday nights, so going there in the daytime for the first time in a while was definitely strange. The atmosphere was nice, I especially love the murals painted on almost every wall of the upstairs sitting space. Christian Zammas, the owner and a personal friend, was wonderful. The coffee, although similar to Agora’s in terms of appearance and espresso flavor, had one key feature that made it stand out: the syrup. Christian makes it himself (unlike the others, which use monin syrups) from vanilla bean paste and organic cane sugar. This personal touch isn’t just sweet because of the care put into the syrup- it is actually delicious and works wonderfully with the espresso.

I was disappointed in this coffee. Hyperion gets a lot of hype, but it’s actual results are underwhelming. I would definitely classify this as a background coffee, with not very prominent flavors. The latte art was cute, but I could barely identify the vanilla and the espresso tasted a little burnt. Not a bad coffee, but not something I would be writing home about.

I found the atmosphere at Agora much more welcoming. It smelled really good and was less crowded, but was still quite loud due to the children running around everywhere. The coffee itself was better too, although I still could barely taste the vanilla. The espresso was much better than Hyperion’s, not tasting burnt at all. The latte art wasn’t impressive, so if you’re looking for coffee just to Instagram, Hyperion is a better bet.

For me, the owner at Katora changed the whole experience. He was very nice and welcoming, adding to the atmosphere of the place. It smelled wonderful and overall had a cozy, eclectic ambiance. The vanilla syrup changed the game, finally giving me the vanilla flavor I was looking for. I would definitely recommend Katora and will be returning again.

At our first stop, Hyperion, I soon decided it truly wasn’t worth the hype of most people of Fredericksburg. The espresso had a very burnt taste to it, and I was unable to taste the syrup at all. Besides that, the other features such as balance of flavors and temperature were nice. There was very limited seating, so I had to sit on the windowsill and squeeze my legs under a table. It was very loud and I felt I had to shout to communicate.

At Agora, The espresso was strong, had decent latte art and the temperature was great for my taste. However, the milk was very watery which was surprising considering it was almond milk and the syrup wasn’t super strong either. There wasn’t a ton of seating and the walk in area became very crowded very fast, but the atmosphere was pretty nice as a whole.

Lastly, Katora was my overall favorite. As soon as I walked in, the incense was like a dream. The temperature was perfect, their personal syrup was very strong and delicious, the atmosphere and music was very cozy and made me feel at home, the balance of flavors was good and overall it was at the top for me. The only downfall was that the coffee burnt my tongue. I would recommend Katora to people out of all the local coffee shops.